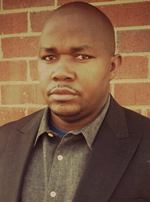 While in Uganda, Henry attended St. Henry College Kitovu and played soccer for SC. Villa. Henry moved from Uganda to the United States back in 1994 on a soccer scholarship to play soccer at Alabama A&M University. He later transferred to the University of Alabama in Huntsville (UAH) again on a soccer scholarship and was able to graduate with a degree in Management Information Systems (MIS). After his graduation, he secured a full time job at ADTRAN and been there for over 11 years now.

Henry is also extremely involved in the Huntsville Community through his role as the Technical Director of Coaching for the largest soccer club in North Alabama, Huntsville Futbol Club. He has been able to coach at all levels of youth soccer in the United States including; College, High School, Alabama Olympic Development, and club. Henry has had a very successful playing and coaching career thus with most of his teams having won numerous college, high school, and club championships and a number of his players having went on the play for the US Youth National Teams and at a Collegiate Level.

Walter Mike Remus III, President of the Board of Directors
Founder & CEO of Intellitar, Inc 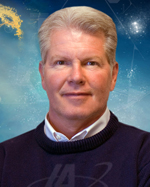 Brock Warner, Vice President of the Board of Directors
Director of Strategic Sales , Accruent 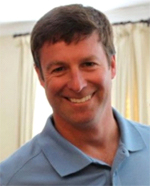 Brock brings 25 years of business development and enterprise sales experience in a variety of industries focusing on the software industry for the last 15 years. He has held both specialized sales positions and executive level positions in numerous companies. He is currently the Director of Strategic Sales for Austin, TX based Accruent, focusing on large complex opportunities in the wireless and retail industries. Brock holds a BA in Speech Communications & Journalism from Auburn University. He has been married to Jana Gregg Warner for 23 years. They live in Huntsville, Alabama and have four daughters. Brock’s interests include a passion for ministering to teenagers and coaching soccer with Huntsville Futbol Club. Brock has served on the boards of Young Life, Piedmont Recreation, Huntsville Downtown Redevelopment Authority and has been an elder at Southwood Presbyterian for 10 years.

Foster McDonald, Secretary & Treasurer of the Board of Directors 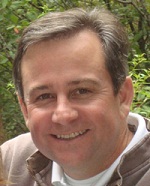 Foster’s professional career began in his family’s telecommunications businesses which included Brindlee Mountain Telephone Company, DeltaCom, and lastly ITC DeltaCom, where he served as President. He is currently the manager of a family office that manages residential and commercial real estate holdings in North Alabama and western North Carolina. He holds a BA in Economics from Vanderbilt University (1984) and an MBA from the Owen Graduate School of Business, Vanderbilt University (1989). Foster has been married to Ginney McDonald for twenty-five years. They live in Huntsville, Alabama and have three children. Foster’s other community interests include Randolph School and the Huntsville Symphony Orchestra Association. He served on the Randolph Board of Trustees from 2000 until 2010, serving as Chair in 2007 and 2008. His continuing tenure on the Huntsville Symphony Orchestra Board began in 2005, and includes a term as Chairman in 2009 and 2010.

Your Support!
If you would like to become a sponsor or simply make a donation, please Donate Today:
The Regina Namusoke Foundation
303 Williams Avenue, Suite 711
Huntsville, Alabama 35801

The Regina Namosuke Foundation is recognized by the Internal Revenue Service as a 501(C)3 Non-Profit Charitable Organization. Donations, less the value of any goods or services received in return for the amount of the donation, may be considered charitable contributions by the donor for income tax purposes.
Recent Posts
Mission Statement
To restore hope by providing the basic everyday human needs to the abused, less fortunate children, elderly, mentally ill/challenged, and their families in the village of Lyamutundwe and the surrounding areas through education, facility improvement, and health care in an effort to help improve their general standard of living.